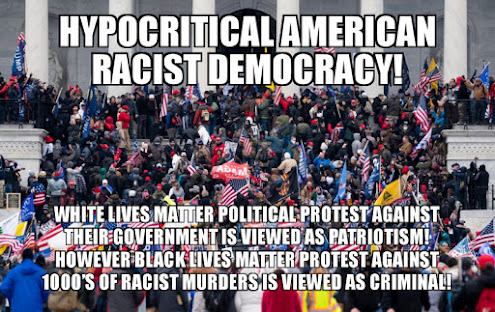 Black men were any of us shocked at how white men stormed 'their white house'? Them being received as just angry patriotic Americans exercising their rights. Black men if we were shocked it was because we forgot the 1967 words of Dr. King addressing the racist double-standard application of the law:

“When we ask Negroes to abide by the law, let us also demand that the white man abide by law in the ghettos who flagrantly violates building codes and regulations; his police make a mockery of law; and he violates laws on equal employment and education and the provisions for civic services.”

Black men from my perspective this would be Malcolm X’s remarks on white nationalist male Trump supporters and other republican protestors today sieging and temporarily seizing their white house with initial and for hours minimal law enforcement interference; Malcolm would echo his words:

“No, I’m not an American. I’m one of 22 million black people who are the victims of Americanism. One of the victims of democracy, nothing but disguised hypocrisy. So I’m not standing here speaking to you as an American, or a patriot, or a flag-saluter, or a flag-waver - no, not I!”

W.E.B. DuBois stated “The problem of the twentieth century is the problem of the color line.” Indeed from slavery 1619 to now 2021 there are 2 Americas one white, one Black ‘separate, unequal, and unjust’.

Yes Black men we’ve always been under the double-standard color line law of white supremacy and our rights beneath too, but in the post-civil rights era we’ve just been deceiving ourselves. Hopefully now with law enforcements glaring favorable treatment of white men storming the white house we get it real clear that “WHITE MALES RIGHTS MATTER and BLACK MEN’S DON’T! 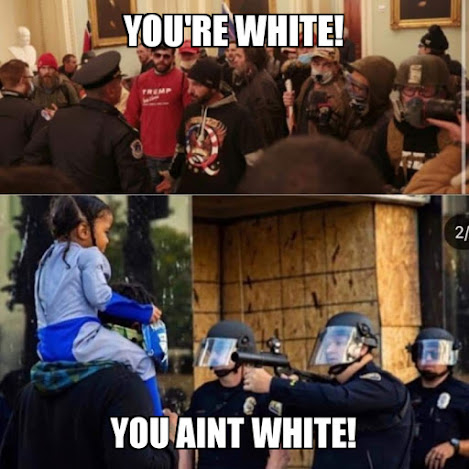