The Miseducation of a Black American Boy


Question Everything!!
I never questioned the information because I didn’t know that I had to. The fact that I could be taught something that was wrong was not even a thought in my mind.

I figured if it was in a history book it must be true. As a kid, never was I given the impression that everything needed to be questioned. 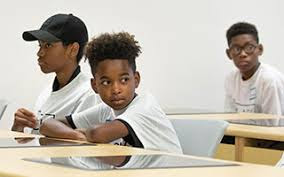 History
As a black boy, I knew my history started with slavery. Then after Abraham Lincoln set us free, it was civil rights. I took pride in my history because I always felt that my people were fighters. We were always the underdogs and had to fight for everything we wanted and deserved.
On the other hand, was my school force feeding me slavery like that was all black people are known for? Whether slavery or civil rights, do we always have to be looked down upon?
Let’s talk slavery in the context of how discrimination based on race laid the foundation for many under-served black and brown communities today. The Civil Rights Act was just signed 54 years ago. Our Society is not so far removed from that type of prejudice.
From my history, Africa was a big, poor country. It’s where most other black people resided and where I came from, but it’s full of poverty and corruption. That’s why it’s so important for you to call the 1–800 number and sponsor an impoverished African child for 10¢/day.
The story was never that Africa was the largest continent with the most natural resources of any land. The story was never about how exploitation of ‘the Motherland’ for those same resources has led to even more corruption and war. The same thing continues to this day.
“Taught no self-worth just the blood of slave.”
American history in school always left me feeling 3/5 human. Thankfully, my family instilled a history in me that made me proud of the lineage in which I came.

Having parents who lived through the height of the civil rights era in the south gave me a firsthand account of how life was, and an appreciation for the people before me who fought for my freedom.
It was not until I was older that I realized Columbus didn’t discover America, and that the Pilgrims didn’t necessarily make friends with the Natives.

It was not until I was older that I realized how history from a European point of view had shaped not only how I viewed my ancestors, but how I viewed myself.
Religion
Growing up Catholic, religion was given to me at an early age. Before I could comprehend what I was talking about, I could recite a ‘Hail Mary’ at any time. In school, we would attend mass every Friday, and we went as a family on Sundays.
While I understood the values that my religion was teaching, I didn’t understand why no one in the depictions looked like me? Not Jesus, not Mary and Joseph, nor the disciples or even the modern day popes had skin like mine.

In religion class, the workbooks contained people with mostly fair skin. Depictions of Jesus in the church was a man with European features including white skin.
Not seeing myself in my place of worship made me feel like I wasn’t good enough at times, because it seemed like we weren’t good enough to be represented.
Seeing images of white people (and white people only) as the most righteous people in my church and Catholic school played a part in me not appreciating my own features.

I wanted hair like white boys because their hair moved when we played soccer. I thought having blue or green eyes was so much cooler than just plain old brown.
While the faith gave me a moral compass as a child, the miseducation came through the images which seem to reinforce the old saying that “white is right”, and since I wasn’t white, was I wrong?
Survival Tactics
If it was not for the love and belief that my family instilled in me, I’m not sure that I would be able to say today that I love the skin that I’m in.

As a black boy in America, it is made clear that you’re at a disadvantage due to the color of your skin by the survival tactics that you’re taught early.
I was taught an early age that if I was going to succeed in life, then I had to be twice as good as other people simply because I was black. This may be the reality of our country, but it reinforced a notion that this outlook was okay.

Like I should just accept this because that’s just the way it is. As if because of my color, I’m not good enough, therefore I must work harder.
I was taught at an early age that if I was going to survive an encounter with the police, then I need to act in the most respectable manner possible, regardless of how the cop is acting.

Even if the cop is the aggressor, I am to obey by any mean necessary. While this is probably the best course of action, what message does that send to a young black boy when he is told to respect the cops because there’s a good chance that you could get killed for NOTHING!
“What one does realize is that when you try to stand up and look the world in the face like you had a right to be here, without knowing that this is the result of it, you have attacked the entire power structure of the Western world.” -James Baldwin
The most important survival tactic that America taught me was to know my place. My American heroes were the ones who had the audacity to speak out against injustices regarding black people, a crime obviously punishable by death as it related to Martin and Malcolm.

I learned from Ali that no matter how hard my right hook was, standing up for a cause being black could get me thrown in jail. How could America treat these people so bad while alive, but idolize them upon their death?
The Miseducation Continues
If it was not for having a family who took pride in their skin color, and the struggles of being black in America, I’m sure that my sense of self would lack what it is today.

Juggling a dual life of being myself around family, but tucking in my culture to fit white America’s mold created an internal conflict within me. However, it was through seeking true knowledge and self-awareness that I was able to counter (and still countering) this conflict within.
Having gone through America’s educational system up to the point of receiving advanced degrees, I have spent much of my adult life unlearning much of the information, and seeking different perspectives rather than just American perspectives on events throughout history.
I’ve tried my best to erase images in mind that make black Americans feel less than, and replace them with knowing the impact black people have had on American culture. I combat the negative notions of black people by creating content that uplifts not only the black race, but the human race.
What’s most disappointing about my miseducation, is that I can still see how the cycle continue. Politicians make slavery references, and speak in code as if we do not hear them. The media shows images of black men being gunned down by police over and over again, and cops getting away with it.

We are still taught Columbus discovered America, like he didn’t kill off many natives. We celebrate Thanksgiving like it’s a time of joy, when it was a actually a time of suffering for black and brown people.
Imagine how these images and stories shape the psyche of a black American boy?
While there are a lot more positive images of black people in America in the media, as executives, and as leaders in public policy, we still have a ways to go.

Until we can address deep rooted race issues in America that keep black and brown people at a disadvantage economically, financially, educationally, and even mentally, race relations will continue being an issue.


Until black American boys like myself can understand their power and get a sense of self-worth through American institutions, the miseducation of who they truly are will continue.
Posted by Kenny Anderson at 1:20 PM