The Impact of Black Enslavement More Powerful Than Nuclear Bombs

Indeed the impact of Black enslavement has been more devastating than nuclear bombs. 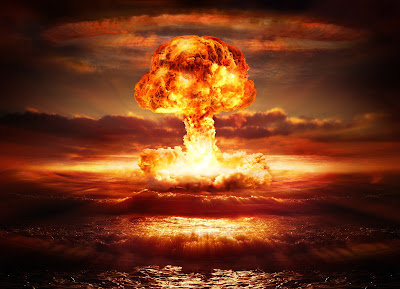 In 1945 the United States detonated two nuclear weapons over the Japanese cities of Hiroshima and Nagasaki, the two bombings killed between 129,000 and 226,000 people mostly civilians. It took Japan about 25 years to rebulid itself after the US nuclear bomb attack, today Japan is the 6 most competitive nation in the world.

Today as Black folks after so-called being free for a 154 years we're at the bottom of almost every socioeconomic 'quality of life' indicators in America though we have over 1.2 trillion dollars in purchasing power.

1. Spiritualcide - Destroying our spirits with white people being superior and godlike - the worship of a white Jesus Christ; irresponsible religious fantasy-protection and a false sense of favor; denigrating and denying the expression of Traditional Afrikan Religion (TAR).

4. Nutricide - Destroying our bodies with poor nutrition resulting in obesity and a host of physical sicknesses (chronic diseases).

5. Chemicalcide - Destroying us with chemical warfare 'war on drugs' - the systematic saturation of drugs and alcohol to destabilize and criminalize our communities.

As Black folks in order to 'rebuild' ourselves from the reverberating post-slavery effects of the racist enslavement nuclear bomb we have to reorganize and comprehensively address the above 6 features.
Posted by Kenny Anderson at 12:23 PM