Reflections on the HBO Documentary Movie ‘The Scheme’ and Being ‘COMPROMISED’

by Kenray Sunyaru
This Blog post was influenced by an HBO documentary movie I recently watched ‘The Scheme’ which is basically a profile piece on Christian Dawkins a young Black man from Saginaw, Michigan. 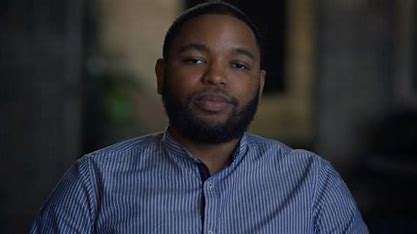 Dawkins was the center of an expensive FBI sting operation to so-called stop corruption in NCCA college basketball by bringing down some high profile white coaches. Dawkins was from my perspective a basketball guidance consultant guiding talented mainly Black basketball players from middle-school to high-school through college and into the NBA.
Dawkins became an essential ally for college coaches, not just offering advice but encouraging his players to go to certain schools; none of what Dawkins was doing was illegal. Because of his connection to major college coaches the FBI targeted Dawkins as key to becoming an ‘informant' to entrap some high profile college basketball coaches by offering them money ‘bribes’. The FBI’s operation never indicted any of these prominent major white college coaches, most of the individuals they indicted were lower-level Black men including Dawkins.
As I watched ‘The Scheme’, I thought about so many FBI successful schemes they’ve come up with to indict Black men from Marcus Garvey to Kwame Kilpatrick; from indicting the Black Panthers to the Black P-Stone Nation: political organizations to street organizations and everything in between; from the indictment of Jamil Al-Amin (H. Rap Brown) to Larry Hoover. As I watched ‘The Scheme’ one word kept ringing in my head was ‘COMPROMISE’.
Being ‘COMPROMISED’: A Man Can Only Ride Your Back If It’s Bent Over
The word ‘COMPROMISE’ means to reduce the quality, value, or degree of something; it means to weaken or lower. Thus from this definition Black folks we have been a ‘COMPROMISED’ people under 400 years of white supremacy.
Yes racial oppression has 'COMPROMISED' a whole people; it has weakened a whole nation of people through forced Denial, Doubt, Dependency, Deprivation, Debt, Detentions, Drugs, Diseases, and Deaths. Just take a look at our ‘Diseases’ and ‘Deaths’ from the current COVID-19 Pandemic, we are ‘COMPROMISED’ with pre-existing medical conditions (chronic diseases) dying super-disproportionately from this killer Coronavirus.
Indeed as I watched The Scheme I had to admit that the over-whelming majority of Black men are ‘COMPROMISED’ and that’s why the FBI’s oppressive scheme operations against us have been successful. Most of us are ‘COMPROMISED’ due to Ignorance, Ego-Tripping, Self-Defeating Beliefs, Corrupt Values, Character Flaws, Individualism, Opportunism, Hypocrisy, and Addictions just to name a few.
In the movie Christian Dawkins was 'COMPROMISED' by a huge ego-sense of being financially successful. Being ‘COMPROMISED’ one is always vulnerable to be manipulated by the FBI, one can be used as a ‘cats-paw’, one can become an informant and infiltrator; being ‘COMPROMISED’ one is always a potential ‘SELL-OUT’.
Black folks and Black men in particular until we do the inner-work of ‘UNCOMPROMISING’ ourselves we will continue to be pawns in the FBI’s schemes against us. ‘UNCOMPROMISING’ is the process of ‘internal reparations’. Let us remember the words of the great African revolutionary Amilcar Cabral: “The greatest enemy of an oppressed people are their own internal weaknesses."

Posted by Kenny Anderson at 9:55 AM