Black folks, there will be no charges brought against the racist police who murdered Breonna Taylor in her home says Kentucky's first Black Attorney General 'Trumpite' Daniel Cameron. 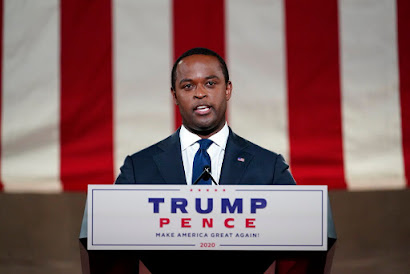 Indeed these no charges are absolutely 'not surprising and injustice business as usual'. Yeah, more state sanctioned violence 'justifiable murder' of a Black person like Biggie Small said "another one just like the other one."
Yes, and y'all already know what the official '1-2-3 directives' for us to follow 'response trinity' to Breonna's murder: 'Vote', 'Peaceful Protest', and 'Pray'; these three actions have never stopped racist police murders and never will!
Remember Breonna's name and the names of so many other Blacks murdered by racist police.
The slogan Black Lives Matter will really mean something concretely when we get serious enough to organize on a higher level and develop our capability to defend and protect Black lives - ASHE! 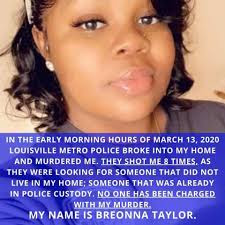