Malcolm X during a speech chided Black folks for forgiving white racist lynching terrorist, he stated Black folks will say Lord forgive them because they know not what they do, Malcolm responded by saying they are experts in what they do ‘lynching Blacks’.

Botham’s father went beyond just forgiving Guyger stating he would like to become her friend. For Botham's brother and father Amber Guyger became a white murderous enchantress they became mesmerized by - they forgot about Botham's murder; they wanted to hold Guyger and know the blond assassin better; you know they wanted to 'get' with her.

I can’t imagine seeing a white brother and white female judge hug a Black female cop after being convicted of murdering a white male. When Blacks murder Blacks I don’t see the victims family and Black judges hugging the Black convicted murderers and forgiving them.

“The expectation that Black people will always and immediately forgive the violence done to them by the State, or individual white people, is a bizarre and sick American ritual. The necropolis of Black bodies in the Age of Obama provides many examples of the ritual. Less than a month after her son Samuel Dubose was executed by a thug cop, his mother, Audrey Dubose was asked during a press conference, if she forgave Ray Tensing. She answered “I can forgive him. I can forgive anybody. God forgave us." After Dylann Roof massacred nine Black Americans in a Charleston, South Carolina church their families were asked to forgive the white racist terrorist. Rituals reinforce social norms, values, and beliefs. Rituals can empower some groups and individuals; rituals can also serve to weaken and oppress others. The ritual of immediate and expected Black forgiveness for the historic and contemporary suffering visited upon the black community by White America reflects the complexities of the color line. The African-American church is also central to the Black American ritual of forgiveness. A belief in fantastical and mythological beings was used to fuel struggle and resistance in a long march of liberation and dignity against white supremacy, injustice, and degradation. The notion of “Christian forgiveness” as taught by the Black church could also be a practical means of self-medication, one designed to stave off existential malaise, and to heal oneself in the face of the quotidian struggles of life under American Apartheid. Likewise, some used Christianity and the Black church to teach passivity and weakness in the face of white terrorism because some great reward supposedly awaits those who suffer on Earth. The public mask of public black forgiveness and peace was also a tool that was used during the long Black Freedom Struggle as a means of demonstrating the honor, humanity, dignity, and civic virtue of Black Americans--a group who only wanted their just and paid for in blood (and free labor) civil rights. The ritual of immediate and expected Black forgiveness fulfills the expectations of the White Gaze and the White Racial Frame. A lack of empathy from White America towards Black America is central to the ritual: if white folks could truly feel the pain of Black people in these times of meanness, cruelty, and violence, then immediate forgiveness would not be an expectation. Many white Americans actually believe that Black people are superhuman, magical, and do not feel pain. This cannot help but to somehow factor into the public ritual of Black people saying “I forgive” the violence visited upon them by white cops, paramilitaries, hate mongers, bureaucrats, and the State." 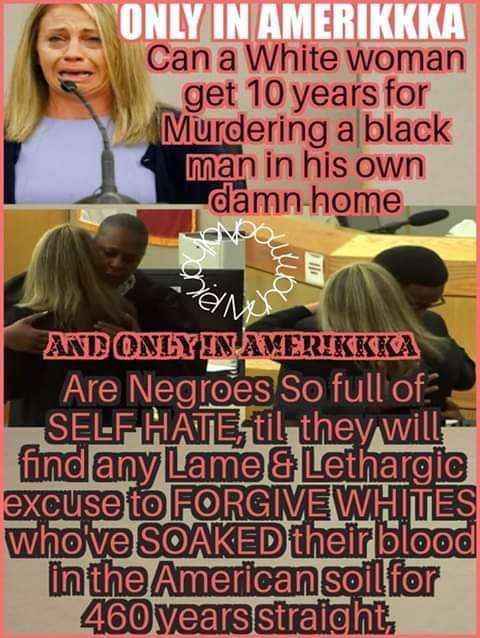 Posted by Kenny Anderson at 1:19 PM